Apprehend the Strait of Gibraltar

Arriving a few days before from the French West Indies via Bermuda and the Azores, we find the Lagoon 52F and its owner at anchor in Funchal Bay.

Immediately on board and a full safety briefing, we depart for Gibraltar. In front of us, 600 nautical miles to cover with relatively favorable weather despite the cross swell and a very variable wind over the area.

There are two of us on board and the shifts are organized every 3 hours. With an average of 100 to 130 nautical miles per day, it is at least 4 days at sea at the recurring rate that we will have to do.

The Lagoon 52F is a catamaran of more than 15m, spacious and stable. We optimize the masses on board to refocus as much as possible and reduce the balan in this sometimes messy swell.

In the afternoon of the 4th day, after having hardly encountered any boats and despite a watch watch on the radar 24nm, we raise our heads to see a huge roll without any AIS signal… The exit of the strait is not far away and the coasts of Morocco are slowly distinguished.

Along the Moroccan coast after approaching the coast tightly, we approach the Strait of Gibraltar from the south, scrutinizing the incessant pace of maritime traffic.

At tangier, with a moderate east-westerly wind, we take advantage of a window of several miles between 2 tankers and cargo ships to sneak us, perpendicular to the rail.

Gibraltar is revealed to us at the end of the evening. The wait, to refuel before leaving for the Balearic Islands and Cannes where the boat is expected, is done at the anchorage …

In view of the rock

Soon the story of our conveyances

Find our adventures, shared with you…

The organizers of Boot 2021, the largest European exhibition, have announced the postponement of 2021: the Boot will take place from April 17 to 25, 2021 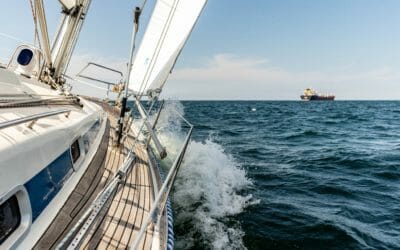 Navigation: the practice of nautical activities again possible on the French Atlantic façade May 8, 2020 - 8:40 a.m. / Author: J. COTTET Source: Atlantic Maritime Prefecture The maritime and port world is getting impatient at the end of the speech of 7 May 2020 on the... 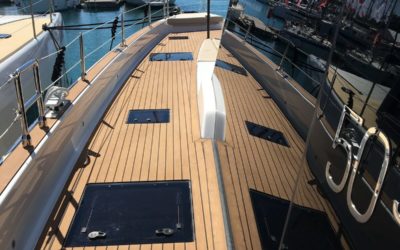